인쇄
The day that already approached us, 'The world where we buy the fuel cell.'

The day that already approached us, 'The world where we buy the fuel cell.'

It has been 10 years since hydrogen fuel cells for houses and buildings have been distributed in our society. During the past 10 years, the Korea Institute of Energy Research advanced hydrogen fuel cell technology and released news about the commercialization of next-generation models to the world. Since the last year, the government-led roadmap for activating the hydrogen economy has been promoted, so this news is particularly welcome. The foundation of this achievement consists of the passion and effort of the UST faculty, Professor Kim Minjin, researchers, and student researchers of the UST 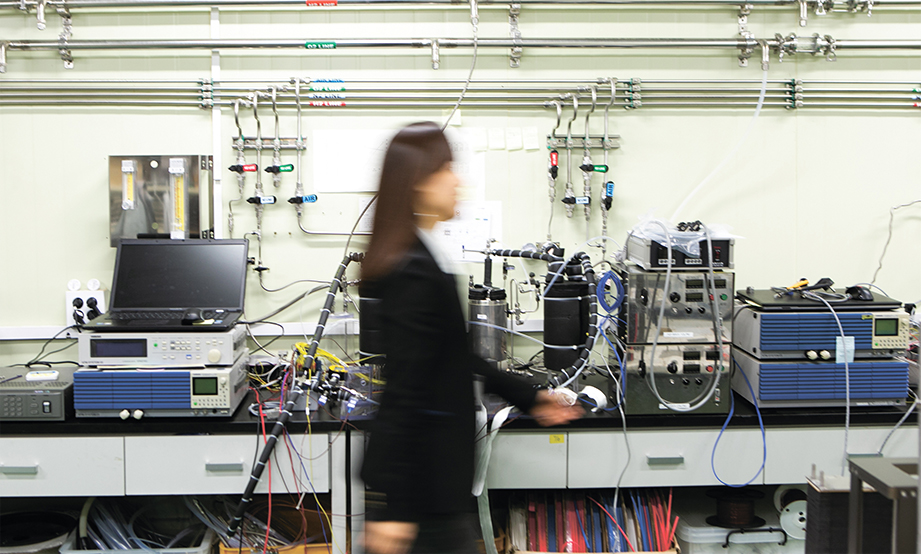 Do you think that energy independence is possible with a 100% eco-friendly energy source?

The announcement of the commercialization news was 'commercial technology for 5kw high-temperature polymer fuel cells'. Korea Institute of Energy Research established a research institute startup. It started commercializing it in earnest, and technology transfer has been carried out in the fuel cell laboratory where Professor Kim was working. This technology has led to significant advances in technology compared to 10 years ago. It is possible to generate triple cogeneration power that produces electricity and heat as well as cold heat. In the case of heat, it can be raised to 150~160℃. Besides, the energy conversion efficiency, including electricity and heat, reaches 90%. This is great news for the Republic of Korea that values ？？the future of a hydrogen-based society. 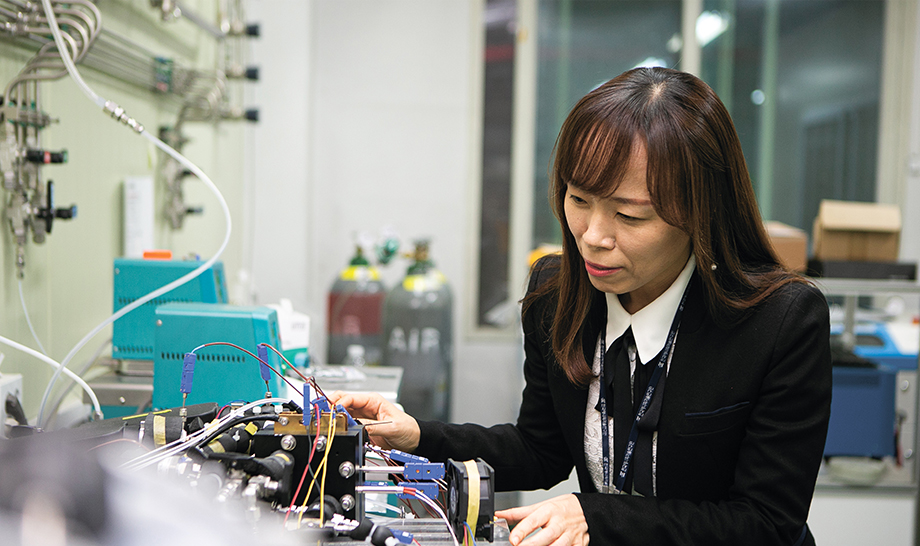 Ten years ago, we had an in-depth discussion of our vision in the fuel cell lab. The goal we have agreed upon is 'the world where we buy the fuel cell.' The technology of fuel cells has penetrated every corner of our daily life, and we wanted to realize a world where we can “live” together by naturally buying, selling, and using the fuel cell.

The next-generation hydrogen fuel cell system is expected to be sold in the second half after obtaining KS certification in the first half of this year. It is curious to see how it will affect our future if we use hydrogen energy daily to use city gas at home.

“The energy independence of our country becomes possible. The accessibility of hydrogen energy is equal across the world. The reserves in the country become meaningless, and only the level of technology matters. If we switch to a hydrogen-based energy paradigm, I think it will be of great help to Korea's industrial competitiveness, which has a strong technology-intensive approach. Now, the global economic downturn continues. It is my little hope as a researcher to hope that the hydrogen economy will be a breakthrough in the national economy in this difficult situation.”

Students who help to overcome the weight of technology transfer

Professor Kim said, 'This research is a task that nobody can do on his/her own. It means that multiple people with the same goal must work together to work on their respective roles to accomplish difficult but valuable work. In particular, Professor Kim, who knew that not only the positions of researchers and institutes of technology but also the roles of students were clear organization, began to think about the path of an educator and a researcher's course. 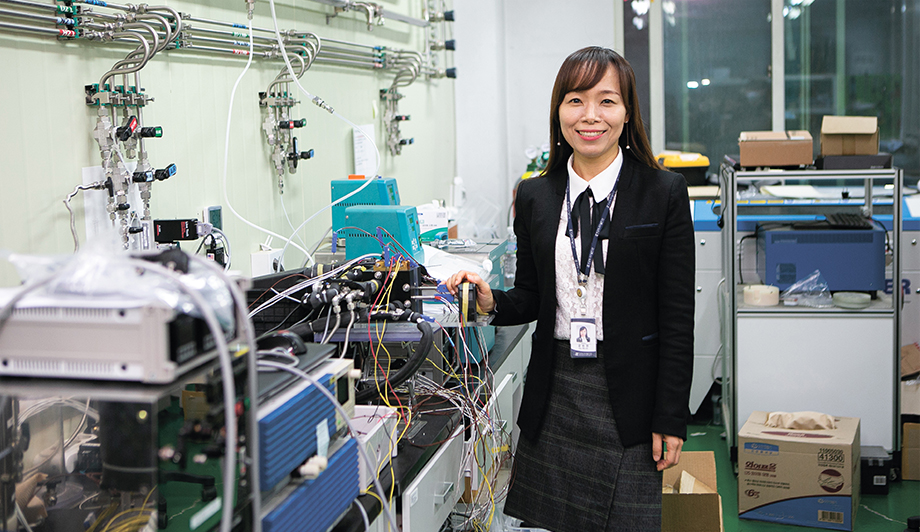 “At first, I selected only student researchers affiliated with outside schools. Since I had to perform Course Work or digest various administrative procedures, I felt sorry that I could not study together full-time. Then, through the introduction of a colleague, I became acquainted with UST and started teaching activities. As I was totally in charge of instructing students, my research efficiency and immersion increased.”

UST's education policy, ‘Full-time education,’ shows its effectiveness. According to Professor Kim's experience, ‘when challenging research such as technology transfer is conducted, the students’ competencies stand out. System field study often presents opportunities for technology transfer. When it comes to technology transfer, there are so many elements that need to be taken care of and supplemented from one to ten, so anyone can only be overwhelmed.

To transform R&D achievements into products, the last 2% of stability and completeness must be filled. For researchers, those 2% sometimes weigh more than 20%. Even ten bodies are really insufficient. In this case, our students used to be very helpful as co-workers.

“Till a warm breeze blows to me.” 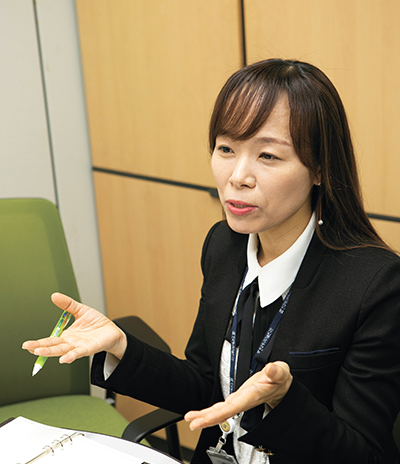 It is said that Professor Kim has produced six UST students so far. There is one student currently taking a degree program at the UST-KIER campus. It is said that students who want to study here are constantly coming in, perhaps because interest in eco-friendly energy sources has increased. Most of the students who studied in the fuel cell lab work in related fields and are doing their best.

“Recently, a company decided to dispatch 2 manager-level employees to discuss business. They were students from our lab. They were corporate representatives with decision-making power. Thanks to that, we had a meeting in a very comfortable atmosphere. It was really rewarding to see the students who were produced in my early faculty time playing their roles after graduation.”

The field of hydrogen fuel cell research is still in its infancy. So there are a lot of things to do in the future. Professor Kim added that he would make efforts until he retires to increase the efficiency, longevity, and low cost of hydrogen fuel cells. We often encounter city gas and LPG in our daily lives, but it seems that the day when the word ‘hydrogen’ becomes more familiar. At the end of this article, I would like to write down a comment that Professor Kim left to UST students.

“Are you in a difficult time or in a joyful time? My students, including myself, are also undergoing various twists and turns. Nowadays, I think I have to wait a little longer until the research, employment, and love become mine. Waiting is difficult for everyone, but let's stand firm in my seat until the warm breeze blows me."
Attached File